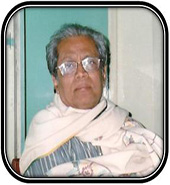 Shri Kabul Gupta is an eminent Astrologer & Erudite scholar of Indian Philosophy and Science. He is one of the finest and respected intellectuals under whose guideline many people became eminent and successful. His father Late Shri Souren Gupta was a very famous astrologer and authour. Late Shri Souren Gupta was also associated in the Board of the Calcutta Stock Exchange in the early 1940’s.


After completing Graduation Degree in Science from the famous Calcutta University in early 60’s, he started his career as a teacher.

Apart from practicing Astrology (since 1963), Dr.Gupta is attached with various industries in the Top Management since 1971.

Dr.Kabul Gupta was associated with the famous India Fan Group who were the first Television makers in India. He was also Director of Bally Investment Trust.

Upon the request of Industrialist Late Ram Chandra Sur of the erstwhile Sur Group, he helped his younger son Shri Priyadarsan Sur, a Faraday House Electrical Engineer, to build Sur Electrical Co. (P) Ltd. He was the Advisor to the Board of Directors. He proved his excellence by building the Product “Sur Ventilator” which became a house-hold name among the Doctors in India through him.

In 2008, SAP Healthcare was also born. SAP Healthcare is one of the leaders in India to build Medical Equipments in collaboration with Govt. of India.

He was invited many times by Television channels, Rotary Clubs to deliver lectures.

He is regarded by various people in India and abroad for his simplicity, honesty and sincerity. 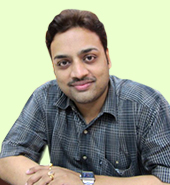 Under the able guidance of Shri Kabul Gupta, his son Dr.Ranaraj Gupta guides the Team Vision.

Dr.Ranaraj Gupta is an Electronics and Communication Graduate Engineer from West Bengal University of Technology. He is young zealous entrepreneur

Apart from technological expertise, he is a vocalist in Indian Classical Music. He has been performing in India & abroad since his early years as a young Indian delegate.

He was interviewed by BBC when in United Kingdom.

Shri Priyadarsan Sur is an electrical engineer from Faraday House, London (U.K.), is associated as Director of many companies.

Shri Priyadarsan Sur made huge contributions in Industry having patents in his arms.

Development in the field of Transformer Welding Sets, Rectifier Welding Sets, which was patented in 1965, Diesel Generator Welding Set, Spot Welder, Butt Welder, very high performance DC Generator for Vaijayanti Tank at Avadi, etc are some of his prestigious contributions.